Virtual seminar series at the interface of energy, optimization and machine learning research

enOPTIMAL seminar series brings together scholars and professionals to discuss the latest developments in theory and applications of optimization & machine learning in modern energy systems. Starting mid-April 2021, every second Friday, we invite speakers to give a 40-minute talk on their most recent research, followed by a 20-minute Q&A session. To receive updates on upcoming seminars, please subscribe using the links below.

Department of Electrical and Computer Engineering

University of Illinois at Urbana-Champaign

Integration of variable renewable and distributed energy resources in the grid makes demand and supply conditions uncertain. In this talk, we explore customized algorithm to tackle risk-sensitive electricity market clearing problems, where power delivery risk is modeled via the conditional value at risk (CVaR) measure. The market clearing formulations are such that they allow a system operator to effectively explore the cost-reliability tradeoff. We discuss algorithmic architectures and their convergence properties to solve these risk-sensitive optimization problems at scale. The first half of this talk will focus on a CVaR-sensitive optimization problem that can be cast as a large linear program. For this problem, we propose and analyze an algorithm that shares parallels and differences with Benders decomposition. The second half of this talk will focus on another CVaR-sensitive problem for which we propose and analyze sample complexity of a stochastic primal-dual algorithm. 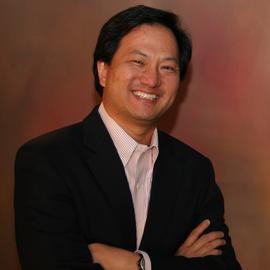 The University of Chicago

For seven years we have studied stranded power (curtailment and negative pricing), a large (TWh) and rapidly growing phenomena (>30% CAGR), characterizing its temporal and spatial structure in power grids with growing renewable generation. Our goal is to exploit this power for productive use, both reducing the associated carbon-emissions for that use (e.g. cloud computing), and increasing grid renewable absorption. Our work shows that dispatchable computing loads that exploit stranded power can improve renewable absorption significantly. High-performance and cloud computing workloads can be supported with high quality-of-service and superior economics (total-cost-of-ownership) can be achieved despite intermittent power. Such loads can now exceed 1 gigawatt per site. In 2021, variations of these ideas are achieving acceptance and early deployment.

The rise of adaptive loads optimized for selfish purpose raises significant questions as to acceptable and constructive behavior for both grid stability and operations (e.g. social welfare and decarbonization). We have explored the impact of adaptive cloud compute load on power prices and carbon emissions, varying coupling model (none, selfish optimization, and grid optimization). The results show that computing adaptive loads can disturb grid dispatch and both increase carbon emissions and inflict financial harm on other customers. At today’s cloud-computing penetration levels, such effects would be significant and increasing.

More generally, these studies expose fundamental challenges with large-scale adaptive load to make it a pillar of increasing renewable absorption. If possible, we will discuss major economic and operational obstacles to creating adaptive load (flexibility) and effective coupling interfaces (e.g. service and markets). These challenges underpin an emerging “struggle for control” between competing spheres of optimization; directly, the tensions between societal aspirations for grid decarbonization and acceptable power cost. 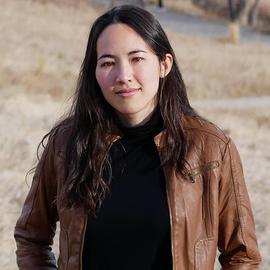 Optimization of electric power grids is a challenging, large-scale, non-convex problem. In order to optimize assets across these networks on fast operational timescales, the problem is typically simplified using linear models or other heuristics - resulting in increased cost of operation and potentially decreased reliability. Much work has been performed on improving these models through convexifications and other approximations, but here we take an alternate approach. We use the abundance of data from grid operators or generated offline to train machine learning models that can calculate optimal grid setpoints without even solving an optimization problem. By using an interesting application of a neural network and post-processing procedure, feasible, near-optimal solutions to the AC Optimal Power Flow problem can be obtained in milliseconds.

Department of Electrical and Computer Engineering

Distribution grids are currently challenged by the rampant integration of distributed energy resources (DER). Scheduling DERs via an optimal power flow problem (OPF) in real time and at scale under uncertainty is a formidable task. Prompted by the success of deep neural networks (DNNs) in other fields, this talk presents two learning-based schemes for near-optimal DER operation. The first solution engages a DNN to predict the solutions of an OPF given the anticipated demands and renewable generation. Different from the generic learning setup, the training dataset here (namely past OPF solutions) features rich yet largely unexploited structure. To leverage prior information, we train a DNN to match not only the OPF solutions, but also their partial derivatives with respect to the input parameters of the OPF. Sensitivity analyses for non-convex and convexified renditions of the OPF show how such derivatives can be readily computed from the OPF solutions. The proposed sensitivity-informed DNN features sample efficiency improvements at a modest computational increase. Nonetheless, this two-stage OPF-then-learn approach may not be suitable for DER operation when the OPF input parameters are changing rapidly. To deal with such setups, we put forth an alternative OPF-and-learn scheme. Here the DNN is not trained to mimic the OPF minimizers but is rather organically integrated into a stochastic OPF formulation. A key advantage of this second DNN is that it can be driven by partial OPF inputs or proxies being the measurements the utility can collect from the grid in real time.